The Philosophy Book and Album are complete!

Become the Ocean is Scott's latest album of songs, and these songs are designed around the book and the resolution.  For a quick teleport over to his 20 years in the making BECOME THE OCEAN project, click below. 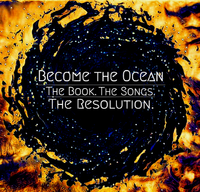 The Energy that is the Scott David Project burns from a fervent belief that music -  original music  -  is the promise of a colorful, fascinating, infinite, and harmonious future.  This is a future (my future and yours) of a happy, innovative, shining people  –  confidently communicating in all colors and emotions, while tapping their feet and humming along, together.

Scott David Music and all of this platitude-type talk is one man’s lifelong dream to use the powers and personalities of poetry & music to encourage people, both young and old, to sing along, get along, and innovate with their own inner miracles  – the gifts of the Muse.

Woefully, this poetry and this music:  these 2 marvels of human artistic ingenuity  -  drivers of a beautiful world  -  these priceless jewels of the humanities, are being stolen from the young earthlings' experiences.  Music teachers and other warriors of the arts are replaced with a nauseating overfeeding of math and science;  and a senseless, MTV-sniffing, idolatrous force-feeding of the Sameness that morphs our precious children into roboticized joyless beings of Caps Locked BLAH.

The philosophy from which the ways, means, and ends of the Scott David Music project uses music to silence this mundane Sameness that could turn humans into apathetic, passionless, original-music-less robots.  Writing songs and poetry ARE the solution to a better world – at least that’s what we believe here at Scott David Central.  We are not the only one, of course.

And we do not have to see Eye-to-Eye to walk Arm-in-Arm.   There is compromise on the horizon of possibility.  For Pete's sake!  Don't cut the music programs!

It is only Music that can transcend language, time, space, and words.  It is only Music that serves as the perfect metaphor for all of the reality was and is, from the smallest electrons singing their quantum chorus to the grand Omniverse conducting its billion year growth spurt symphony as ordained by its Architect and Designer - the Allah, God, Jehovah, Carl Sagan, Morgan Freeman, or whatever Deity-labeling whoever uses wherever for whatever reason they think is legitimate for giving a name to the CEO of the Cosmos.  It doesn't really matter, right?

Perhaps that why Plato, the originator of Western thought and democracy compared the phenomenon that is Music to the Force that brings a Soul to the Universe.

The Scott David Project, started in 2002 and reformulated in 2012, is dedicated to the thought-form mathematical awe-inspiring right brain phenomenon known as 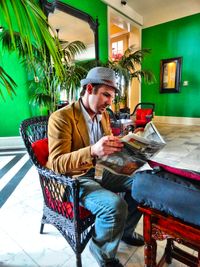 original music and lyrics. Scott David Music pays homage to the Magical Ear, the microphone which reads waves into emotion, interprets poetry into passion, and lyric into inspiration.

This music – all original music  -  is a connection to ancient creative spirits, yanked from oblivion, and reborn into paper cones and magnets into these wave-forms, whether digital or analog.  These waves reach our mind.  Sometimes they can repair it.  They can move around buildings invisibly at the speed of sound.  These sound-song-word-waves begin as concrete physical vibrations which transform into enigmas and abstractions can reach the deepest darkest ravines of our hearts.  In Words, inwards and outwards, the bards for 1,000 years sing songs of revolution, songs of hope, of change, comfort, religion, knowledge, of love, war, joy, friendship, sorrow, and loss. There is power in this pure creation, in Words.

This project is dedicated the undervalued Original Music machine.  To the idea that original music and the love for the marriage of Word, Melody, Progression, Chorus, and Harmony can reinvigorate the listener-interpreter as much as the creator.  Songs are Message, songs are children, pride, and Mind.

These songs are for that unique, undervalued, magical sense, Your Exalted Ear.

May God Bless Morgan Freeman, and may his voice Bless the Cartilage on the Sides of Your Head. :)